The largest stand-alone reef in the northen hemisphere

Banco Chinchorro is a “ false atoll” (only one in Mexico) located 40km offshore of the fishing villages of Xcalak southern Quintana Roo State. At 144,377 hectares, it is the largest stand-alone reef in the northen hemisphere.

Being a highly protected Biosphere Reserve 1,928 hectares are zoned for diving. At less than 1,000 divers a year visiting it, it’s dive sites get very little traffic and therefore are very pristine.

The BCBR boasts the largest biological marine biodiversity in Mexico and in the Caribbean. It’ s formation as a coral reef false atoll is rare in the Great Caribbean.

Despite its form this kind of coral reef formation has a karstic origin and is located relatively far away from the coast line.

The reef lagoon is larger than 60,000 Ha and has calcareous sandy bottoms because its depth (less than 10 m) favors the reflexion phenomenon that shows all kinds of blue tones depending on the sun position.

Its great biodiversity depends on different types of formations like patches and ridges with lots of shapes and sizes in areas where a great number of species can exist.

Banco Chinchorro is a diver’s paradise with massive sprawls of healthy reefs, as well as over one hundred documented wrecks.

It is also home to the world’s largest and purest population of American, rare birds and endemic iguanas. 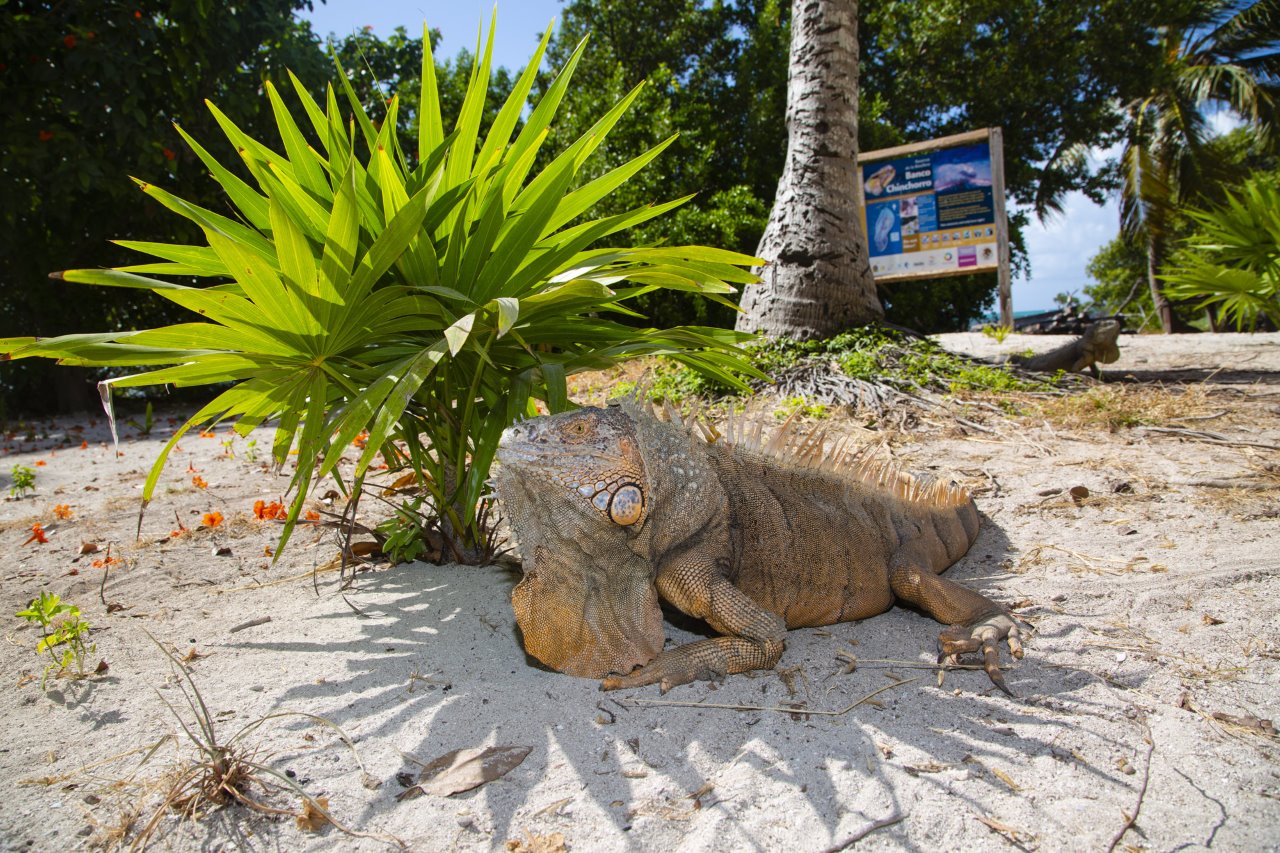