We offer TDI Cavern and Cave Training at all levels. TDI is a world-recognized technical diving organization that provides top-level training to those interested in entering the overhead environment.

We offer Cavern Diver certification through TDI. A cavern diving certification allows divers to dive with another cavern certified diver in the cavern zone: within the site of daylight, no more than 60 meters from a surface, and avoiding restrictions (tight places).

The course covers everything from laying a guideline to emergency management, and can be conducted in single tanks, back mounted doubles, or side mount. Prerequisites include a minimum of 25 logged dives and an advanced open water certification from a recognized agency. 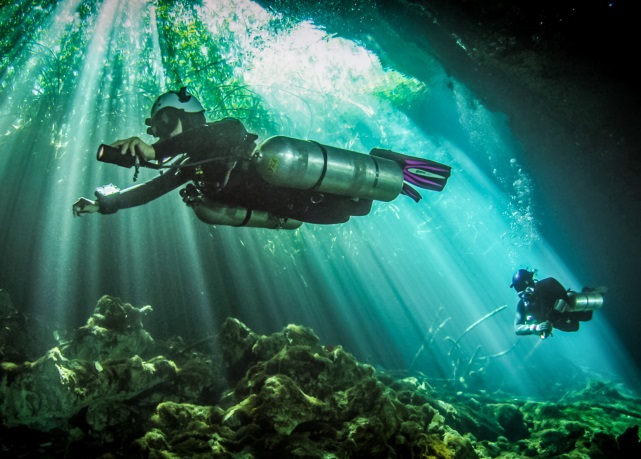 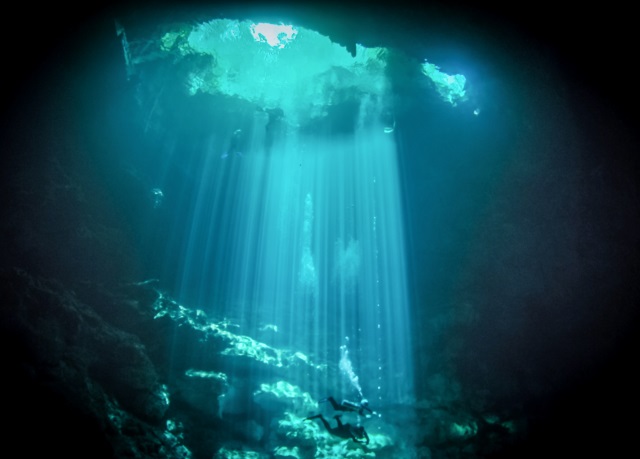 Intro to Cave Certification through TDI allows a diver to cave dive within the following restrictions: mainline navigation only, no restrictions (areas where divers are forced into single file), no decompression, and using a maximum of 1/6 of double tanks for penetration.

Prerequisites include a minimum of 60 logged dives and an advanced open water certification. For divers with experience in double tanks (back mounted) the course generally requires five days to complete.

TDI’s Full Cave Diver Certification allows divers to conduct cave divers including complex navigation (jumps, T’s, traverses and circuits) and restrictions and allows penetration to a maximum of 1/3 of the diver’s breathing gas. Prerequisites include a minimum of 100 logged dives and an advanced open water certification.

The course can be done in combination with an TDI’s Intro to Cave Course (9 days) or after Intro to Cave Certification (4-5 days). Divers without experience in backmounted doubles should expect to add 2 days to the course length, and those in new to side mount should expect to add three days to the course length. This is the big daddy of cave certifications, and opens up hundreds, if not thousands of dives to be done in the Yucatan Peninsula.

For certified full cave divers, we offer a range of cave diving specialties including DPV (scooter), stage and multi-stage, (technical cave), side mount, and advanced side mount.

Prerequisites depend upon the course and experience level, but in general a minimum of 25 logged cave dives past after Full Cave Diver certification are required.