The Banco Chinchorro Biosphere Reserve is the stuff of legends among seasoned divers, best known for pristine reef diving and wreck diving, and more recently, for the crystal-clear lagoon that is home to a large population of wild American crocodiles.


Part of the Mesoamerican Barrier Reef System (or Great Maya Reef) that runs along Mexico’s Caribbean coast, Chinchorro is the largest stand-alone reef in the Northern Hemisphere and one of the healthiest. Remote, isolated and challenging to access on most days, Chinchorro is considered one of the last unspoiled dive destinations in the Caribbean. This may be because the Biosphere Reserve can be accessed only by special permit from the Mexican federal government—and only when Mother Nature is in an agreeable mood. Fewer than one thousand divers per year get to experience it in person, so to call it “special” is something of an understatement: there is nothing else like it in the world.

Within its protected waters are miles of untouched reef, dozens of visible shipwrecks (many of historical significance) three small atolls and many endemic species, including the American crocodiles that inhabit the shallow, clear lagoon.

XTC Dive Center, Yucatan Dive Trek’s sister facility in Xcalak, Mexico, is the only dive operator with a private permit for Chinchorro. XTC was the first to organize skin-diving with crocodiles in Chinchorro, which is probably the best place to observe crocodiles in the wild, and remains the only one with an official concession to do so. These “Crocodile Encounters” are intentionally kept very small and conservation-oriented, often run to support researchers or documentary projects. A unique opportunity for underwater photographers and videographers (as you can see from these and additional images on the XTC Dive Center Croc Blog), Crocodile Encounters are available to any experienced diver with a sense of adventure—though naturally, the few spots on these trips fill up well in advance. 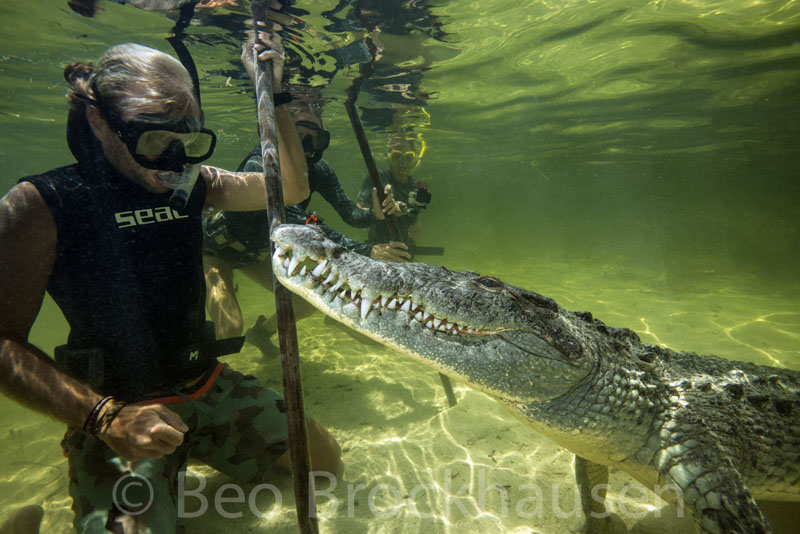 Smile! Extratour group getting up close with Chinchorro crocs in the UNESCO Biosphere Reserve

Extratour’s Kirsten Clahr, who took a small group to Chinchorro as part of a Yucatan Dive Trek trip, reported:

“We did not know what to expect in Chinchorro; I had no knowledge of the place at all. I had been told about the crocodiles in advance, but I didn’t realize that we would also be diving out there, among beautiful reefs and shipwrecks.”

“It was so nice to be with the crocodiles. We saw so many different characters and individuals. You can see in the pictures and video how close we were. Some people asked me later if I was afraid, but I was too excited to be afraid! I had seen one or two wild crocodiles before—you can seen them in Cuba—but this was completely different.”

Fear can be a very individual (and common) response, understandably so. But most of the people who take these trips return with a different view of the animals—namely, that they are not the mindless, vicious predators that television and movies have taught us to fear. American crocodiles are not known for attacking humans, and while being in the water with them requires constant vigilance and respect, as it should, they are generally more curious than aggressive. Both the Crocodile Encounter participants and XTC safety divers have called these crocs “intelligent” and even “playful,” reporting many distinct personalities among the group (see the XTC Croc Blog for more details).

XTC provides safety training and works closely with CONANP, a national conservation agency that oversees the Biosphere Reserve, to ensure that all participants—crocs included—are well protected. Divers who do the Crocodile Encounter typically spend 2 to 3 days in Chinchorro as part of a larger trip that, in Extratour’s case, included a mix of off-the-beaten track diving, trekking through Maya ruins and other cultural stops around the Yucatán Peninsula—all well away from mainstream tourist centers.

Because there are no permanent settlements allowed in the Biosphere Reserve, accommodations for the Chinchorro croc trips are quite simple. Guests sleep in hammocks, strung from the roof in an existing fisherman’s hut-on-stilts over the crocodile lagoon. Meals, which are ample and included, are prepared by XTC staff who have master the art of “sea camping.”

“I loved it! Sleeping in the fisherman’s hut and just being immersed in nature every day. It’s like camping on the sea…I tell people it’s ‘a zero-star accommodation in a 5-star environment.’ The luxury of Chinchorro is the nature that’s all around you: the stars and the sunrise, and the animals. I don’t think there is anywhere else in the world where you can experience this—it’s really special.” 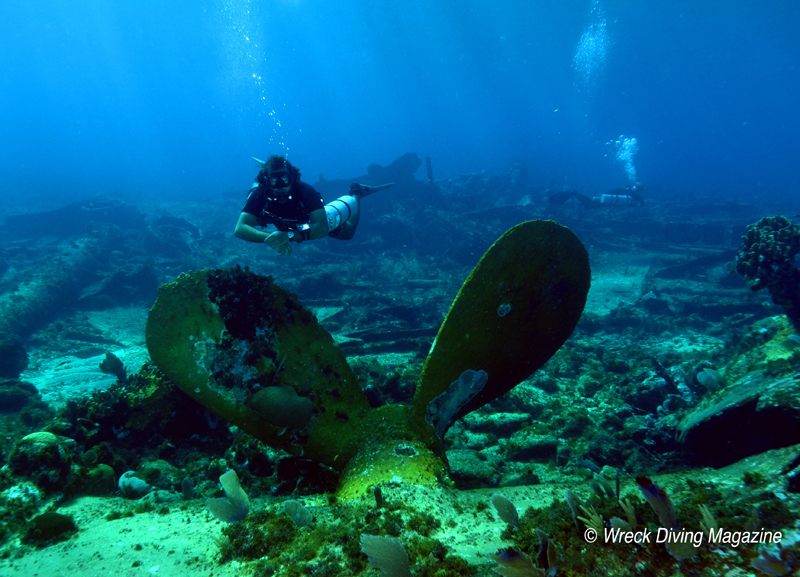 “Diving Banco Chinchorro is a once-in-a-lifetime experience. Some of our group told me it was the best thing they had done in 20 years of diving.”

Many thanks to Kirsten Clahr, General Manager of Extratour, and her husband, underwater photographer Beo Brockhausen, who contributed trip reports, photos and video to this Off the Beaten Trek series. 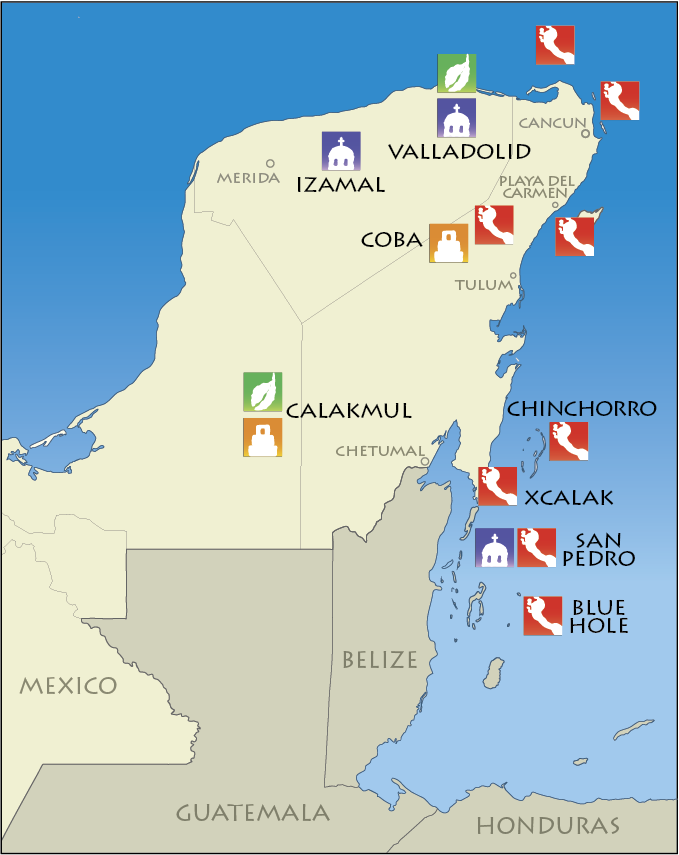 Yucatan Dive Trek is a full-service tour operator based in Mexico’s Yucatán Peninsula, catering to travelers who seek authentic experiences and one-of-a-kind encounters. We specialize in unique diving holidays, organizing and customizing trips to the best destinations in the region—in and under the water as well as on land.

Day trips to dive Banco Chinchorro Biosphere Reserve are scheduled year-round, and Crocodile Encounters (a skin-diving activity) are available in the summer months.