The Mexican Caribbean is blessed with a jaw-dropping variety of diving opportunities for divers of all skill levels, technical divers included.

The Meso American Barrier Reef that lies in front of the Mexican Caribbean Coast is the endpoint of the American Continental Shelf, meaning that just beyond the reef walls lie drop-offs of no less than 1,000 and up to 5,000 meters. At certain dive sites, the continental shelf and the reef wall meet, creating sheer drop-offs that make for amazing Technical diving sites where one can finish off a 120-meter Trimix Dive on a shallow reef at 12 meters. 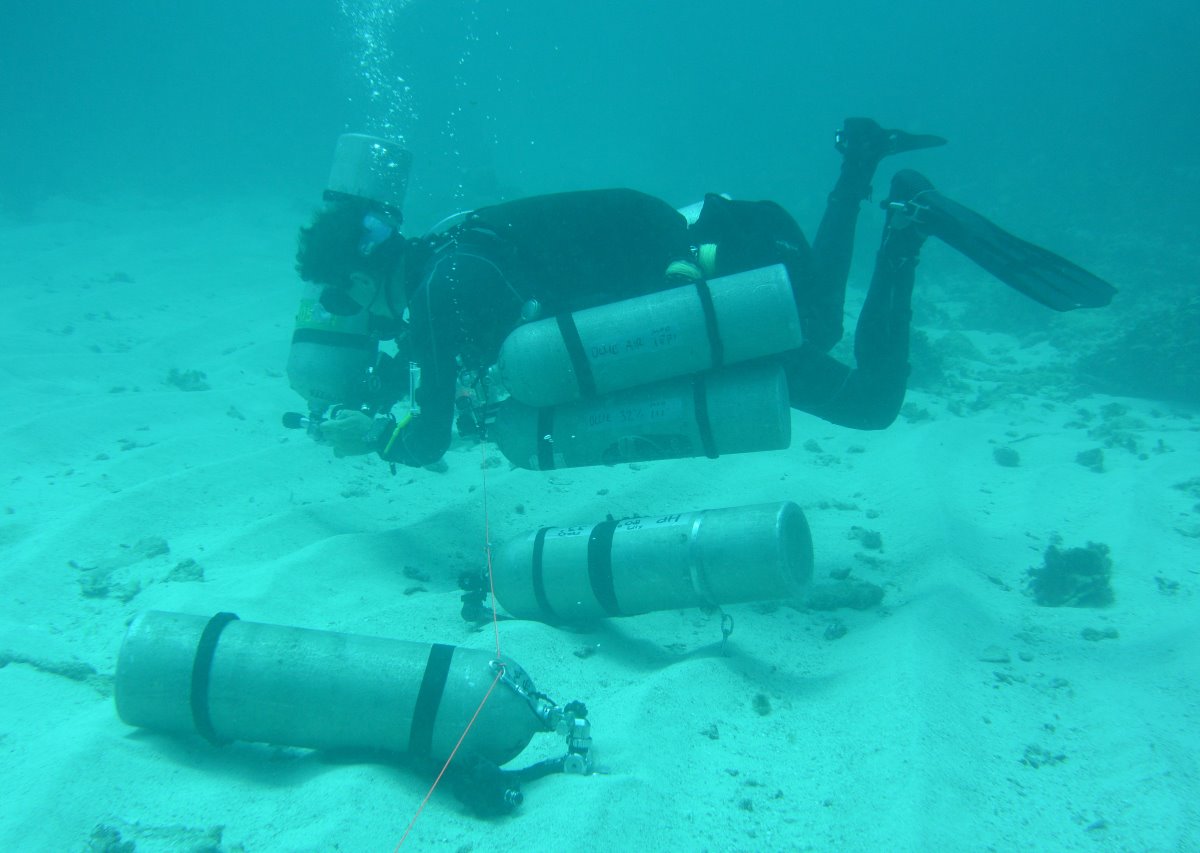 Just inland of the coast lies the world´s longest underground river systems that have for many years attracted some of the world´s top cave explorers. With some of the cave systems being deep, narrow, or both, several innovative diving techniques that eventually went mainstream on a global level were either developed or perfected in our area. With such a high density of very high caliber technical and cave divers, explorers and instructors, it’s only natural that the Mexican Caribbean has become a mecca for Technical diver training and diving.

With the advent, development, standardization and then popularization of Sidemount diving equipment and procedures as well as the reduction in size and increase in reliability of rebreathers, we have found that the line between recreational and technical diving has begun to blur.

A diver might be interested in extending their no decompression time at 18 meters in order to take photos and may have no interest in ever taking a third or fourth tank or may just want to learn to extend their bottom time at 40 meters to dive a wreck. The stereotype of Technical diving being the realm of large macho men is going away, bringing in the advent of a new era for Technical diving and we are proud to be right in the middle of it. XTC Tec Diving is a division of XTC Dive Center offering technical diving and instruction at all levels, up to and including hypoxic (full) Trimix instructor and everything in between.